A little update, Last 2 months I was busy adding pages to the data sheet part of the site.
And changed the way I wanted to control my commodore SX64 (and later on my compucase and Amiga).
My first Idea was to control the Kernal selections and drives id by a little FPGA, but it the FPGA I have didn’t like to have that much flipflops (memory for storing configuration).
So I had to go for a bigger FPGA or move to another way.

The other way presented it self to me 3 months ago, when I learned about the ESP8266 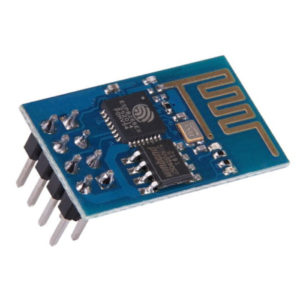 devices.
A ESP8266 Device is a cheap (2-3 Euro) module that contains a CPU, WIFI controller and webserver.
With some simple code, I turned it into an Access Point that has a website that is controlling the kernal selection and drive id.
The communication between the ESP8266 and the I/O chip (PCF8574) is done by I2C.
The circuit also contains a I2C EEPROM to store settings.

Last night I built the circuit on a circuit boards and hope to do some test real soon.
I still need to build the I/O part that selects the drive ID and drive ROMs.
Also I need to program the ROMs with the various Kernals and drive firmwares.